My buddy Adam Wathan had me on his podcast to discuss pricing models and other software related goodness. Make sure to give it a listen http://www.fullstackradio.com/123 #

The new Light Phone 2 is pretty interesting. I wish it was a little less expensive as $350 is approaching smartphone territory. Also, using a Micro USB port feels like some kind of punishment. #

I've always had a big problem with too many browser windows (with too many tabs) being open. I've only used this for a few hours but I'm really digging it https://chrome.google.com/webstore/detail/toast/pejhbjnfifdecpkgcjhgmcaphdobmiie?hl=en #

One of my very first goals when I conceived Thermostat was to make it truly accessible for bootstrappers and small businesses. #

If you've never surveyed your customers or rarely do give Thermostat a look. The free plan lets you survey 200 customers a month. That means you could survey 1200 customers twice a year or 2400 customers once a year. #

HelpSpot doesn't even have 2400 customers so I know most of you bootstrappers out there will fit into the free plan just fine. #

Tracking your NPS has some great advantages even for small businesses. The score itself is of course useful as a guide for your customer happiness, but for small businesses the written feedback component of the Thermostat surveys are really the key. #

Most small businesses never speak to their customers after the sales process and if you're a SaaS business you probably have a high percentage of customers you've never interacted with at all. Getting insight into what those customers are thinking is extremely important. #

If you do have a chance to check out Thermostat please let me know what you think and how we can improve it. #

P.S. If you're a reader here and you want some of the features the paid plan offers just ping me on Twitter, I'm happy to send you over a discount if the base price is too high for your small company. #

I've been working on reducing the amount of check in on my phone during the day, especially in off hours. This very interesting study I discovered via Darian in the Slow Mode Founders group talks about how the mere presence of your phone, even if it's off significantly impacts your cognitive abilities. https://news.utexas.edu/2017/06/26/the-mere-presence-of-your-smartphone-reduces-brain-power/ #

AWS released multi-master Aurora databases. So it seems like it would be possible for a lot of apps that really required MySQL multi-az setups to now move over to Aurora. #

Magnus Carlson playing chess online and talking about his thoughts as he goes. You could get lost in this. #

❓QUESTION OF THE WEEK: What’s the one change you’ve made in your product/business in the last few years that’s had the largest impact? #

For me it was clearly the decision to build a hosted version of HelpSpot. We were losing a lot of customers to SaaS help desk solutions and were certainly late on offering this option to people. #

Providing a hosted solution allowed us to compete with… every other help desk app 😃 to gain sales but also just as importantly to reduce churn in our existing customers. At the same time we introduced subscription pricing moving away from owned licensees which has also been a pretty solid change. #

The higher level take away is that I resisted taking this on for too long, primarily out of fear. It was easier to let customers host it themselves to avoid the responsibility of hosting an app that’s mission critical with our small team. So I resisted what customers clearly told me they wanted over and over to my own detriment. #

It’s interesting how easy it can be for fear to drive your decision making and prevent you from really hearing what your customers are saying. #

I really love the idea of Telegrams new slow mode feature which lets a group admin set how often people are allowed to post to a group. The highest you can set this is once per hour (wouldn't mind it being more say every 6 hours), but I think this could make some types of groups more interesting to be a part of. When you know it's not going to be filled with a hundred back and forths, but should have to be more thoughtful discussion. #

So I've started a Founders group with this setting enabled. Hopefully it'll be a place to share interesting info, wins and losses, and ask questions of our peers. If you're a founder or an aspiring one, please join the group. https://t.me/joinchat/GvjZJRVY5q5NnBPXqTyX2w #

Interesting example of a product road map page that I haven't seen before. I especially like the existing features each getting their own video. I do wonder if completed items should be on the bottom, but I do like highlighting them so it's close. https://processkit.com/roadmap/ #

In the latest Comedians in Cars Getting Coffee with Eddie Murphy there's several great moments where he explains what it took to become Eddie Murphy. My favorite one is at 34:50 (video) where he describes how he'd work clubs in the early days. #

In software we're still so often told that if you're working hard you're being stupid, but to me there's no replacement for putting in the hours. Especially in the early days and maybe that pays off later in not having to work as hard but people who tell you they did it without the hours are outliers and more often than not selling the dream of an easy path. #

“There are some things you can’t learn from others. You have to pass through the fire.” —Norman Douglas #

Get paid to let strangers swim in your pool https://host.swimply.com/ #

I was a guest this week on Andi Baldacci's podcast. We cover a bunch of interesting bootstrapper topics along with a bit of poker 😀 Listen to the podcast covering NPS surveys, windups, bootstrapping, and more #

I find Lefsetz world view of approaching every world event through the lens of the music business fascinating. His take on impeachment is pretty on target. #

We spent the last 4 days at a soccer tournament in Lititz, PA. It was a fun tournament. The team was up against stiff competition, but we held our own. My son gave up no goals in two of the three games he played in though and had an assist in one game so a strong showing. #

We also hit up Hershey Park. It's a nice family spot and was pretty fun. For a close place in the Northeast it was good, and there were some nice pools at the hotel. My heart still belongs to Disney World though. #

If you're in the United States you were probably impacted by the Equifax data breach. You can collect $125 by filling out this form and more if you had financial loses or if you spent time protecting yourself from future losses. #

Related, please freeze your credit! You don't need to use your credit that often and it generally unfreezes instantly. By leaving it frozen you make it significantly harder for someone who gets hold of your identity details to leverage them. #

I'm a little irked none of you ever told me about this. Gus Fring in The Mandalorian! Yes yes. Also IG-88 is bad ass.

Very handy tool if you ever need to convert a Google Doc to Markdown. #

Spent Monday night hanging out with my friend Dan Sheetz of Tighten. We ripped up the 2/5 game at Resorts World Catskills. 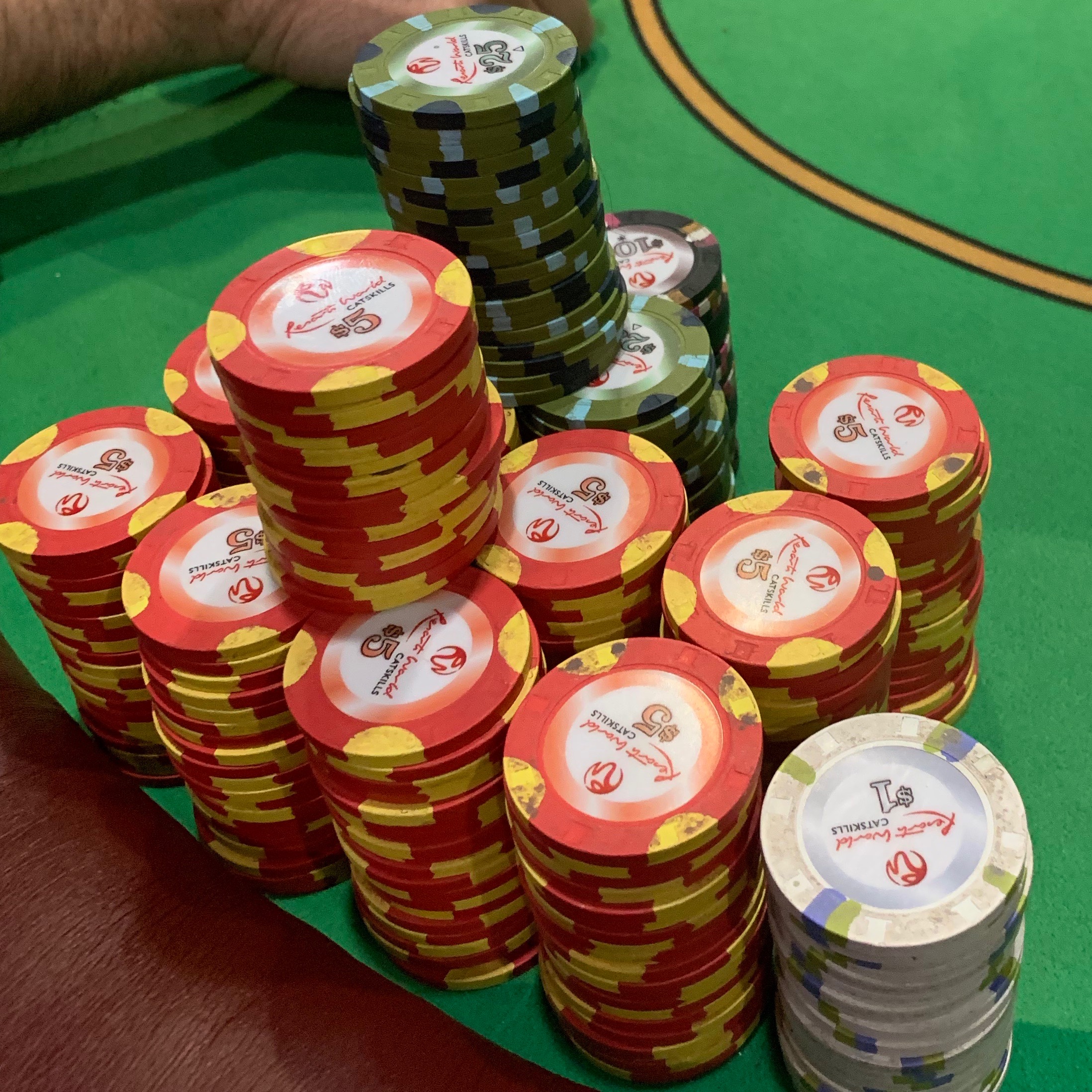 I made a number of fixes to the site including responsive iframe embeds. I've also updated the Atom feed so that RSS readers should show each days post as containing new content when I add more throughout the day. #

Apparently readers rely pretty heavily on the 'updated' element of the entry in the Atom feed. I don't recall this from RSS feed days and it's kind of a pain with this static publishing model as for now I have to manually update an updated timestamp. I can't just use the file modified times as that changes when you pull in from git and could be days later if I've edit the site from different locations. #

I have a few ideas on how I can change the build process so that I don't have to manually tweak it, but I'm just going to leave it manual for now until it pains me enough to write more code. # 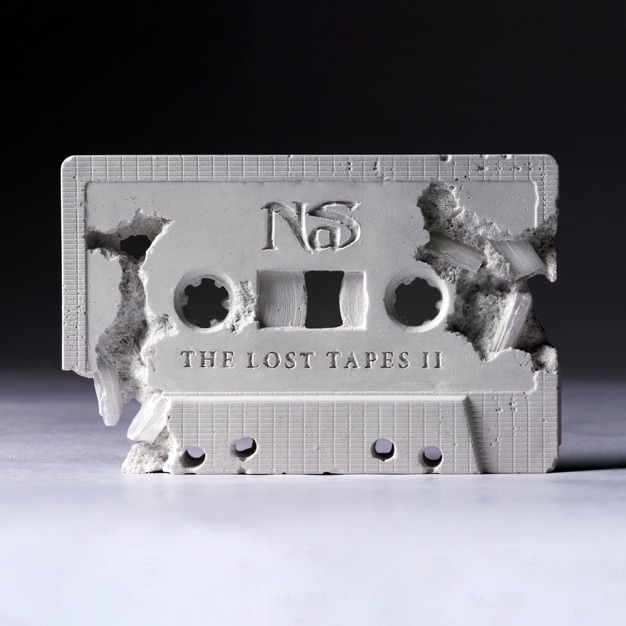 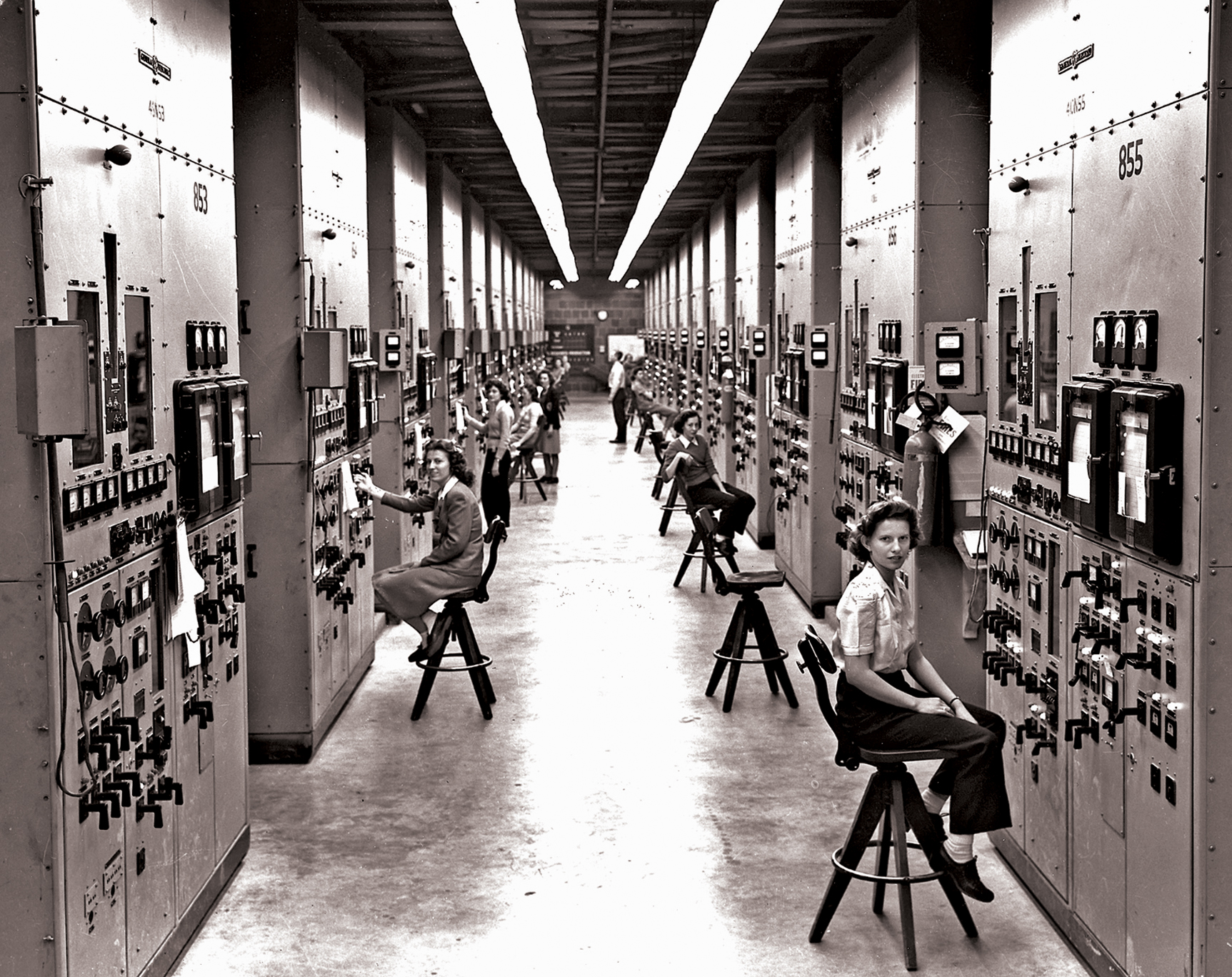 Over lunch got randomly sidetracked into reading about nuclear weapon designs which lead me to finding this amazing 1940's photo of the workers at the Y-12 National Security Complex where they were separating Uranium for the Manhattan Project. #

A Beautiful Day in the Neighborhood trailer.... #

Anecdote, Mister Rogers was my college commencement speaker and he was PERFECT. Also, it's insane how old this video looks 😬 #

Pretty wild video of "Jon Ive" introducing the 20th anniversary Mac. Given all we know now about the iMac, Jony Ive, and even modern Apple's presentation style it's really pretty fascinating.

Saw this tweet by Pigford. If you run a company it's worth reviewing this article I wrote about Nexus a few years back. You probably owe fees, taxes, and sales taxes in more places than you think you do 😃 #

I'm experimenting with a new format for the blog. I hate how so much of my writing is tied up on Twitter where it disappears nearly instantly. #

Replacing Twitter with blog posts doesn't work for me though, because many of the things I'd like to share are short and blog posts where the title is about the same length as the content are just odd. #

I also find having to create a title for short posts as a huge source of friction and is one of the great benefits of Twitter. Creating a place I could write title free is critical. #

So I've busted out this old school format. The original blogs like Scripting News often were running logs of varying lengths. Usually organized by date and only having titles for longer articles. #

I'm hopeful that this will become my place to post ideas that aren't full articles, but which I also want to last longer than a tweet. #

I decided to add a daily email option to the journal so you can subscribe and each night receive an email of that day's journal. I don't love this to be honest, but I know most people don't use RSS feeds and even less are going to visit daily in a browser, so it seems like a practical reality. #

It's going to be fascinating to see how I balance writing here and on Twitter. Will Twitter become mostly RTs and Memes? I also don't want to constantly link to here from Twitter, yet I'll likely put some interesting things here that people on Twitter might be interested in seeing. In any event, so far people seem to like this idea. #

The journal is all being processed via Tighten Jigsaw and I'm using Netlify to host my site. I really wish the Netlify deployment process was faster. It's not a huge deal, but for these short items it inherently feels like they should appear instantly. I wish Netlify had an option to just use my preprocessed files vs it having to build my site on every push. Perhaps I can switch over to using S3's static site hosting at some point. #

@fideloper is getting Thermostat's CI setup moved from Codeship (🤮) to his new sidegig project https://chipperci.com. Looking forward to this. #

I'd like to do more video stuff like this as I work. Some really interesting copy editing examples in here as well.